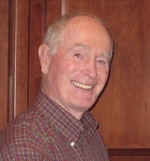 Peter Breingan, age 85 of Spring Hill, TN went to be with our Lord on the seventeenth of October of 2020. The one defining characteristic that sums up this very special man was his commitment to his family, faith, and country. His life of service included 28 years as a Captain in the U.S. Navy, and an entire career dedicated to the betterment of his country through his work at Grumman Aerospace. A strong believer in faith, he and his wife Marie attended the Catholic Church of the Nativity in Spring Hill.

Pete Breingan was a selfless man who embodied the role as a giver in the truest sense of the word. He was a best friend to all, and carried a spirit of passion through every aspect of his life. He was a man of high moral value, integrity, and love of which he upheld every day and also instilled in his family.

These principles led him through his life as a Captain in the Navy, as a reverent husband and father, and as the most devoted grandfather as well. His true service was to his family for whom he would give everything to. He lived for his family and friends, and nothing made him happier than bringing a smile to their faces.

Everyone who met him remarked on his unwavering strength as an individual, and one who maintained a positive mentality no matter the circumstance. A devoted husband, father, and grandfather, his memory will live on through all of his family. He left this world a better place due to his huge heart and his selfless nature.

He leaves behind his loving wife of 59 years, Marie Breingan; children, Lori (Chris) Dropp, Beth (Mike) McVay, Peter (Lara) Breingan and Bob (Trish) Breingan; sister, Ann Marie Beckerman; and 10 grandchildren. Preceded in death by his brother, Dan Breingan. A funeral mass will be held at 2 P.M. on Saturday, the fourteenth of November of 2020 at the Catholic Church of the Nativity in Spring Hill, TN. Visitation will be held one hour prior to service. Inurnment will follow the service at SPRING HILL MEMORIAL PARK, FUNERAL HOME AND CREMATION SERVICES 931-486-0059 www.springhill-memorial.com