In Memory of
Clark Edwin
Lawrence
1951 - 2020
Click above to light a memorial candle.
Memorial Candle Tribute From
Williamson Memorial Funeral Home and Cremation Services
"We are honored to provide this Book of Memories to the family."
View full message >>>
Send Flowers
Plant a Tree In Memory of Your Loved One
Click Here
Menu 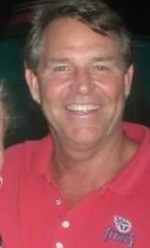 Clark Edwin Lawrence, 69, of Abilene, TX went to see his Lord on November 15, 2020 at his home in Franklin, TN.
Clark was born in Abilene, TX to Ronald and Jo Lawrence on October 17, 1951. He went to school at Cooper Highschool in Abilene, TX. He graduated from North Texas State University where he played football and won the MVC Championship in 1973. He married Brenda Thompson on March 27,1976 in Nashville, TN.
Clark worked with Fellowship of Christian Athletes as an Area Coordinator in Dallas, TX, as the State Director in Alabama, and on staff in the National office directing national and coaches conferences. He was the first Executive Director for Joe Gibb's Youth for Tomorrow Boy's Home in Bristow, VA in the mid 80's, which continues to help children and their families navigate through crises. He was Director of Health Plus at Vanderbilt in the mid 90's. He worked with Lifeway as an Event Coordinator in Nashville, TN, where he retired after 15 years.
He was a Texan at heart, an avid Tennessee Titans fan, a top-notch racquetball player and jogger. He was a devoted Christian and served at several churches over the years. His love of Jesus was evident, as he was a servant leader in everything he did. He was a wonderful caregiver for his daughter Kaley upon retirement. He was never one to judge and always listened with an open heart. He adored his wife, whom he lovingly called "his bride". He devoted his life to caring and giving unconditional love to his wife and children. He had the strongest, kindest soul and gracefully and courageously fought against Ataxia for almost 3 years. He is now in the arms of Jesus.
Clark is preceded in death by Ronald Lawrence (Father), Jo Lawrence (Mother), and Rick Lawrence (Brother).
Clark is survived by: wife, Brenda; children, Charles Clark Lawrence and wife Jaime Lawrence, Kaley Lawrence, Lacey Lawrence and husband Wilson McCorkle; sister, Lana Lawrence; sister-in-law, Sara Lawrence; father-in- law, Charles Wheeler Thompson; brothers-in-law/sisters-in-law, Randy and Teresa Locke, and Gary and Dianne Bond.
Drive through visitation will be from 10AM-2PM on Friday, November 27th at Church of the City, 828 Murfreesboro Rd. Franklin, TN. Please use entrance at Murfreesboro Road, follow traffic cones, and wear masks when pulling up to the overhang where the family will be seated. There will be a basket to drop off cards for the family (please include your address).
Due to concerns of Covid and weather conditions, the Farewell Celebration for Clark will be postponed until the Spring of 2021, with the Senior Pastor of Denton, TX Bible Church, Tommy Nelson officiating. When the time comes, we will post info of those arrangements on the "Care for Clark" Facebook page and several other places.
Clark has graciously donated his brain to the National Ataxia Foundation for research towards a cure.
In lieu of flowers, donations can be made to the National Ataxia Foundation.
The family of Clark wishes to extend our sincere appreciation to; Caris Hospice (Laura and Joy), Kimberly Best, Renada Herrera, Cracked Pots Sunday school class, and countless, generous friends and family.
Clark will be incredibly missed and forever in our hearts. His contagious laugh and smile will never leave us. WILLIAMSON MEMORIAL FUNERAL HOME & CREMATION SERVICES. 615-794-2289. www.williamsonmemorial.com