In Memory of
Joe Larry
Jones
1943 - 2021
Click above to light a memorial candle.
Memorial Candle Tribute From
Williamson Memorial Funeral Home and Cremation Services
"We are honored to provide this Book of Memories to the family."
View full message >>>
Send Flowers
Plant a Tree In Memory of Your Loved One
Click Here
Menu 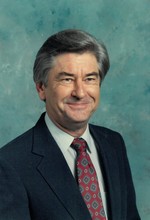 Joe Larry Jones, age 77, of Gallatin, Tennessee, passed away on January 9, 2021 in Gallatin, TN. He is preceded in death by wife Ada (Jean) Vaughn Jones, and parents, Joe Anderson Jones and Mary (Evelyn) Cockman Jones. Jones, a long-time resident of Sanford, NC, lived on Lake Tillery NC for many years after the passing of his wife, and before moving to a home on Old Hickory Lake in TN to be close to his children.

On April 21, 1943, Joe Larry was born in Bennett, NC. He attended Bennett High School and maintained close relations with his classmates until his death. He graduated from Elon College in 1964, and earned his Masters’ of Education from the University of NC at Chapel Hill in 1969. He married Ada Jean Vaughn on May 14, 1971 in Goldston, NC. Jones served as Principal at Goldston Elementary School, Principal at Moncure School, and retired as Principal at JS Water School, after 34 years of service to his community. He attended Fall Creek Baptist Church, Bennett, NC with his parents, and was a member of Antioch Baptist Church, Goldston, NC.

Jones treasured time in person and on the phone with family, enjoyed the beach and lake life by entertaining family and friends, traveled extensively, read endlessly, and learned something new each day. He never met a stranger and built networks of friends through his love of cars, rental properties, and boating. During his younger life he inspired thought often expressing “What a man oughta do is…”…and in later years said “You can do it all, but you don’t have to do it all today.” He challenged those whom he loved and was the first to invite them to relax on the porch as well. Joe Larry will be remembered for his conversations and his unique benevolence.

The family will host a service in NC for a later date and thanks Sumner Regional Medical Center for their loving care and Williamson Memorial Funeral Home in Franklin, TN for their support.

Memorials should be directed to Samaritan’s Purse in Boone, NC in honor of his years serving children, or to Antioch Baptist Church or Fall Creek Baptist Church.