In Memory of
Henderson "Hank"
Hillin, Jr.
1930 - 2021
Click above to light a memorial candle.
Memorial Candle Tribute From
Williamson Memorial Funeral Home and Cremation Services
"We are honored to provide this Book of Memories to the family."
View full message >>>
Send Flowers
Plant a Tree In Memory of Your Loved One
Click Here
Menu 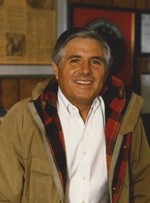 Henderson “Hank” Hillin, Jr., age 90 of Brentwood, TN passed away February 10, 2021. Hank grew up on a farm in Neely’s Bend and graduated from Isaac Litton High School. He received his Bachelor’s Degree from Lipscomb University where he was a renown baseball player for the Bisons. He became a coach and teacher at Hillsboro High School in Williamson County, TN. During his tenure there, he met the love of his life, Frances. He was then drafted to serve his country in the U.S. Army. While in the Army, he was assigned to Counter Intelligence. Upon returning from the military, he started his career with the FBI as a Special Agent and retired with 27 years of service. Hank was an entrepreneur owning several private companies. He became Sheriff of Davidson County from 1990-1994. He was involved in real estate development, farming and his passion was being an author. He and Frances were members of Hillsboro Church of Christ for over 50 years. Most importantly, he was a devoted husband, father, Hankypoo and friend to many. His grandchildren and great grandchildren were the light of his life. His love of family, his country and his faith in Jesus Christ his Lord and Savior were his greatest achievements. Survived by: wife of 68 years, Frances Mangrum Hillin; sons, Jim (Suzanne) Hillin and Tim Hillin; daughter, Rachel (David) Wesch; grandchildren, Houston (Christina) Hillin, Rachel (Bryon) Fanning, John Hillin, Katie (John) Houston, Ford Hillin, Reid (Amy) Hillin, Jim (Lucy) Hillin, Hank Hillin, Hillin Wesch, David Hillin and Matthew Hillin; great grandchildren, Aulin, Noelle and Frances Hillin, Summit and Shepherd Fanning, Evie, Lila and Jones Houston, Jackson, Hawkins and Shirley Hillin and Henry Hillin. The family would like to express a special thanks to the doctors, nurses, caregivers and friends that have shown their love and support during this journey. Memorials may be made to Katie Batey Hillin-Theordore David Hillin Endowed Scholarship at Lipscomb University, please visit give.lipscomb.edu and select "Other" in the designation field. If you prefer to give by check, please mail to Lipscomb University, attn: Advancement Services One University Park Drive, Nashville, TN 37204. WILLIAMSON MEMORIAL FUNERAL HOME, 615 794-2289 williamsonmemorial.com
Printable
Share on Facebook
Facebook Twitter
Tennessee Funeral Directors Association National Funeral Directors Association Cremation Association of North America Cemetery Association of Tennessee Franklin Breakfast Rotary Club Spring Hill Chamber of Commerce Williamson Chamber of Commerce
Locations
News & Events
Resources
Planning Ahead
Contact Us
Proudly Serving the Communities of Franklin, Spring Hill, Middle Tennessee and Nationwide.