In Memory of
Obdon "Pa"
Hernandez
1935 - 2021
Click above to light a memorial candle.
Memorial Candle Tribute From
Williamson Memorial Funeral Home and Cremation Services
"We are honored to provide this Book of Memories to the family."
View full message >>>
Send Flowers
Plant a Tree In Memory of Your Loved One
Click Here
Menu 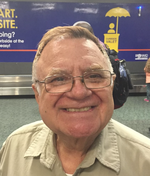 Mr. Obdon “Pa” Hernandez, age 85 of Spring Hill, TN passed away on Monday, March 29, 2021. He was born in Cuba to the late Obdon Hernandez and Elvira Benitez Hernandez. Obdon lost his father when he was six. He grew up in the streets of Havana started out by shining shoes and grew to be a successful small restaurant owner in the 1950’s. He lived under communism for a few years and moved to the Chicago area back in the late 60's and became a US citizen. Obdon worked for Zenith Rowling Corporation in fire prevention and in the mid 70s moved to Miami Dade County where he work for the Dade County School Board also in fire prevention and retired there. He loved his family and would do anything for them. He leaves behind his loving wife, Noemi Miranda Hernandez; son, Frank Hernandez; daughter, Noema (Robert) Volpe; grandchildren, Michelle (Brian) Snider, Melissa (Michael) Lindsey, Jamie (Scott Dunn) Volpe, Merandah Hernandez and Rebecca Hernandez; 10 great grandchildren. Funeral services will be held at 2:00pm on Saturday, April 3, 2021 at Spring Hill Memorial Funeral Home. Visitation will be held one hour prior to the service. Inurnment will be held in Spring Hill Memorial Park. In lieu of flowers memorial contributions may be made to the Alzheimer’s Association. SPRING HILL MEMORIAL PARK, FUNERAL HOME AND CREMATION SERVICES 931-486-0059 www.springhill-memorial.com
Printable
Share on Facebook
Facebook Twitter
Tennessee Funeral Directors Association National Funeral Directors Association Cremation Association of North America Cemetery Association of Tennessee Franklin Breakfast Rotary Club Spring Hill Chamber of Commerce Williamson Chamber of Commerce
Locations
News & Events
Resources
Planning Ahead
Contact Us
Proudly Serving the Communities of Franklin, Spring Hill, Middle Tennessee and Nationwide.