In Memory of
Theresa  Ann Otto "Terry"
Randow
1951 -
2021
Click above to light a memorial candle.
Menu
Send Flowers
Plant a Tree In Memory of Your Loved One
Click Here 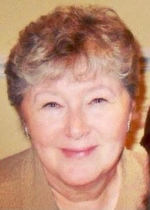 Theresa Ann Otto “Terry” Randow, age 69 passed away March 30, 2021. Born in Omaha, NE, she met and married the love of her life in 1974. A loving wife, devoted mother, and cherished friend. Terry found joy in serving those around her and there was always room at her table where she would share amazing meals, lively stories & candid wisdom with her signature wit. Guided by her unwavering faith she was an amazing example of service to others and hoped to be a living testimony bringing more people to seek salvation through Jesus Christ. Preceded in death by husband, John Herman Randow. Survived by: daughters, Judith (Steve) Alfano, Elizsabeth (George) Hill, Sarah (Brian) Coon, Rebeccah (Woody) Hartman, Jesseh (Matthew) Smith; grandchildren, Claire, Victoria, Gabriella, Owen, Emersen, Rosie, Georgia, Sloane, Luke and Abigail. Funeral services will be conducted 11:00 AM Tuesday, April 6, 2021 at Williamson Memorial Funeral Home, Ward Jones officiating. A private burial will be held at Middle Tennessee Veterans Cemetery. Family will serve as pallbearers. Memorials may be made to Alive Hospice. Visitation will be thirty minutes prior to the service at WILLIAMSON MEMORIAL FUNERAL HOME, 615 794-2289 williamsonmemorial.com
Printable
Share on Facebook
Facebook Twitter
Tennessee Funeral Directors Association National Funeral Directors Association Cremation Association of North America Cemetery Association of Tennessee Franklin Breakfast Rotary Club Spring Hill Chamber of Commerce Williamson Chamber of Commerce
Locations
News & Events
Resources
Planning Ahead
Contact Us
Proudly Serving the Communities of Franklin, Spring Hill, Middle Tennessee and Nationwide.