In Memory of
Jacob Alexander
Griffin
1997 - 2021
Click above to light a memorial candle.
Memorial Candle Tribute From
Williamson Memorial Funeral Home and Cremation Services
"We are honored to provide this Book of Memories to the family."
View full message >>>
Send Flowers
Plant a Tree In Memory of Your Loved One
Click Here
Menu 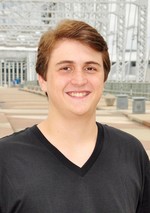 Jacob Alexander Griffin was just 23 years old when he died Saturday, May 1, 2021.
Jacob is survived by his adoring mother, Karen Bailey Griffin and his loving younger siblings, George Kenneth Griffin and Caroline Olivia Griffin. He is also remembered and loved by his extended family members, his Grandmothers Zerifia Berry of Franklin, TN and Sylvia Bailey of McKinney, TX, his Aunt and Uncle Diana and Don Whiteside, Uncle and Aunt Jason C. and Laurie Berry of Austin, TX, cousins Daniel Whiteside, Dara and Griffin Reeder all of Austin, TX, and Ross and Flora Patterson of Houston, TX, his Great Aunt Marsha Patterson of Austin, TX, and great Aunts Del Buck and Nancy Charoni of Seattle, WA. He is also survived by his father Edward Griffin of Colcord, Oklahoma.
Jacob was diagnosed with schizophrenia at 18 years of age and the last 5 years of his life, Jacob was tormented by confusion, paranoia, false beliefs, and the isolation and stigma that go along with mental illness. Ultimately, his troubled mind and the suffering he endured as a result, ended Saturday night.
Before the onset of his mental illness, Jacob was a vibrant, accomplished, sweet, giving young man. He was an above average baseball player, a brilliant math student, a computer whiz, and was all around funny and loving. He played the drums in the high school band, joined the ROTC where he learned to fence and loved riding his motorcycle. He was gentle and kind and loved animals. He was quiet and quick with a pun. His sublime intelligence, quiet demeanor, and fierce curiosity made for fascinating discussions on a broad range of topics, hundreds of hours of cribbage games with his mom, and one of the most astonishing minds his family members ever encountered. He built computers from spare parts, disassembled clocks, redesigned them, then reassembled them so they would “work better”, which they often did, and was incredibly creative in so many astonishing ways. He is deeply loved and he will be missed.
A memorial service for Jacob will be held at Williamson Memorial Funeral Home on Saturday, May 8th at 1PM with visitation one hour prior to the service. Immediately following the service, there will be a gathering of family and friend’s at the family’s home.