In Memory of
Donald Jackson "Pap"
Jones, Sr.
1940 - 2021
Click above to light a memorial candle.
Memorial Candle Tribute From
Williamson Memorial Funeral Home and Cremation Services
"We are honored to provide this Book of Memories to the family."
View full message >>>
Send Flowers
Plant a Tree In Memory of Your Loved One
Click Here
Menu 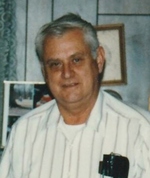 Donald Jackson “Pap” Jones, Sr., age 80 of Spring Hill, TN went to be with the Lord on May 12, 2021 at his home with family by his side. Pap as he was known by, was born in Maury County, TN to the late Henry Virgil Jones Sr. and Lillie Gertrude Johns Jones. He was known by everyone and loved his family and everyone he met. He and his wife Hazel were members of the Calvary Baptist Church in Spring Hill. He retired as an electrical engineer from the CPS Corporation. He loved doing the Daily Herald crossword puzzle every morning and going fishing. He was a published nature photographer. Enjoyed doing genealogy and wrote a book on history. If his kids or grandkids had a ball game or taekwondo tournament, Pap was always there. Pap will be deeply missed by all who knew him.
He leaves behind his loving wife of 64 years, Hazel Adell Coleman Jones; sons, Donald (Cindy) Jones Jr., Ronnie Jones, and David (Debbie) Jones; brothers, J.D. Jones, Jerry (Carol) Jones, Raymond (Pamela) Jones; sisters, Betty (Ira) Reed and Mary (Buster) O’Neal; grandchildren, Jacky (Shannon) Jones, Hillary Jones Stechyn, Lara Jones, Ricky Jones, Chris Jones, Heather (Ken) Little, Zack (Krista) Harrison, Luke (Pattie Knott) Harrison; great grandchildren, Jackson Jones, Kurtis Stechyn, Karleigh Stechyn, Jordyn Jones, Christopher Jones, James Little, Madalynn Harrison, Kierston Jeffrey, Austin and Lucas Harrison. He is preceded in death by his daughter, Trula Jaye Jones; brother, Henry Jones; grandson, Nick Harrison.
A funeral service will be held at 2:00pm on Sunday, May 16, 2021 at Spring Hill Memorial Funeral Home with Jacky Jones officiating. Visitation will be held from 5-8pm on Saturday and one hour prior to service on Sunday. Burial will follow in the Calvary Baptist Church Cemetery.
In lieu of flowers memorial contributions may be made to the Calvary Baptist Church or the Calvary Baptist Church Cemetery Fund.
SPRING HILL MEMORIAL PARK AND FUNERAL HOME 931-486-0059 www.springhill-memorial.com