In Memory of
Alicia Zerrudo
Lundquist
1945 -
2021
Click above to light a memorial candle.
Menu
Send Flowers
Plant a Tree In Memory of Your Loved One
Click Here 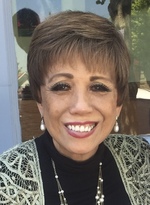 Alicia Zerrudo Lundquist, age 75, of Brentwood, TN and formerly of Beresford, South Dakota, passed away May 30, 2021 at her residence. Born in Iloilo City, Iloilo Philippines to the late Alfredo C. Zerrudo and Adoracion Villareal Zerrudo.

Alicia Zerrudo Lundquist, also known as "Alice Zerrudo," was the fourth of seven children from the Philippine Islands. She graduated Valedictorian of Ramon Magsaysay District High School in 1962. Her Father Alfredo, an attorney, served as the Regional Director for the Bureau of Lands & Legal Counsel for the Agricultural Secretary & the Philippino Vice President Lopez. Her Mother, Adoracion, was a nurse and Regional Director for the Department of Health's Rural Unit. She was a staunch advocate and financial supporter of Speaker "Cune" Villareal, who was her first cousin.

From an early age Alicia and her siblings learned to entertain their parents' diplomatic guests. During these times, Alicia learned how to perform for a wide array of audiences from various cultures. It was also helpful that Alicia and her siblings were all multilingual. It came as no surprise then that she rose to fame and was affectionately dubbed “The Country's Top Folksinger” and the country’s “Sunshine Girl” in the 1960’s and early 1970’s. Active on television, radio, stage and studio, she became a nationally recognized entertainer hosting two teen-oriented shows. The shows’ success led Alicia to the opportunity of producing and hosting her own musical extravaganza called "Alice Zerrudo in Concert," which was simulcast countrywide every Friday. Always a trendsetter, Alicia founded the famous "Butterfly Singers," a popular group of songwriters and performers. She was also notorious for introducing new acts that came from various Philippine communities. Under First Lady Imelda Marcos' Committee on Culture, she traveled the country bringing arts to the people.

Amongst her numerous stage performances, highlights include appearances at U.S. Military bases such as the Naval Air Station in Cubi Point, Subic Bay, San Miguel, Camp John Hay and Clark Air Force Base. In 1970, she went to Vietnam as a USO entertainer. Being able to do a show with only her guitar, Alicia was instantly chosen to entertain the men who guarded the hills around big bases called Landing Zones (LZ’s). Alicia would jump off US military helicopters in her combat outfit, and change superwoman style into her show outfits ready to perform in 5 minutes! Alicia was also honored to have performed alongside Bob Hope in his last Asian Tour, and he invited her to perform in his USO events too.

As fate would have it, Alicia met a Naval Officer from South Dakota, James Lundquist, and fell in love. She went on to write a song for Jim "Ay Naku Baby”, a song that topped the charts, and started her rock trend called "Tagalish" mixing Tagalog & English words and expressions in a song.

The two moved to South Dakota and started their family. They first had their daughter, Elise, and then their first son, Erik. After finishing her college education at the University of South Dakota, she became a touring artist for the South Dakota Arts Council with a grant from the National Endowment for the Arts. She traveled, performed, and helped educate local schools & communities about different cultures and their way of life. She also toured throughout the Midwest and was constantly on loan to other Arts Councils/Commissions in California and along the East Coast. She received The Arts & Humanities Award and was a recipient of the Outstanding Filipino in the Midwest Award in the Arts and Humanities for her efforts in fostering relationships between her native Philippines and the citizens of her adopted country. Her music spanned a wide repertoire of Philippine and American folk songs, International Ditties, Broadway Songs, Country and Western Interpretations, Christian & Inspirational Renditions, Popular and Original compositions.

Alicia and Jim were both Real Estate Brokers with Coldwell Banker Barnes. She was very involved with VetLinx, a nonprofit organization that assists and supports Veterans and was active in their annual festival called VetFest in their honor. Later, Alicia volunteered for the 917 Society, a nonprofit focused on spreading and distributing the constitution to all 8th graders. Alicia and her husband continued to reside in Brentwood, TN and are blessed with three wonderful grandchildren (Andrew, Colette, and Evan) who she loved to entertain and sing for.

Services will be conducted 10AM Saturday June 5, 2021 at Brentwood Baptist Church with Pastor Rene Abella officiating. There will be a gathering and a Filipino meal at the Church following the service. Visitation with the family will be Friday June 4, 2021 from 4PM to 7PM at Williamson Memorial Funeral Home, Franklin, TN Burial will take place at a later date in South Dakota. Serving as Pallbearers are Erik Lundquist, John Lundquist, Anders Lundquist, Tim Lance, Dr. Daniel Jones MD, Benjamin Jones. Memorials in Alicia’s name may be made to Dalesburg Baptist Cemetery Fund or Filipino – American Bible Church. Services in care of Williamson Memorial Funeral Home, 3009 Columbia Ave. Franklin, TN. 37064 615-794-2289 www.williamsonmemorial.com