In Memory of
Frank William
Raquet
1942 - 2021
Click above to light a memorial candle.
Memorial Candle Tribute From
Williamson Memorial Funeral Home and Cremation Services
"We are honored to provide this Book of Memories to the family."
View full message >>>
Send Flowers
Plant a Tree In Memory of Your Loved One
Click Here
Menu 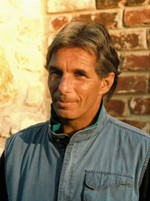 Frank was born in Columbus, OH on March 22, 1942, son of the late James & Leona Raquet. After graduating from Linden-McKinley High School in Columbus, Frank enlisted with the U.S. States Air Force and honorably served until 1964. After the service, Frank became a jockey and trainer of thoroughbred horses, beginning his career in the Hunter/Jumper circuit before transitioning to Steeplechase racing. He first gained prominence as a Steeplechase trainer at Panorama Farms in Williamson County, which was owned by George and Jane Sloan, and then later at his own Pope’s Chapel Farm in Burwood, TN. Horses trained by Frank, including most notably Foxhall Farm’s Reagan and J.R. Neal’s timber jumper Prince Saran, won multiple stakes races and earned him the MHRA Champion Trainer Award in 1986.

In retirement, Frank was known in the local community to gladly mow a neighbor’s yard and freely lend out his truck. He enjoyed playing golf, walking his dog, and taking care of his award-winning lawn. He treated strangers as friends and friends as family. Frank was known for his wit, his charm, and his sense of humor; they will all be severely missed. As per Frank’s request, his cremated remains will be contained in a Folger’s Coffee can.

Memorial services will be held at 2:00 PM on Tuesday, June 8, 2021, at Williamson Memorial Funeral Home.