In Memory of
Thomas "Tommy" Bradley
Harmon
1975 - 2021
Click above to light a memorial candle.
Memorial Candle Tribute From
Williamson Memorial Funeral Home and Cremation Services
"We are honored to provide this Book of Memories to the family."
View full message >>>
Send Flowers
Plant a Tree In Memory of Your Loved One
Click Here
Menu 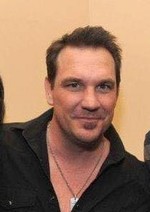 Thomas Bradley Harmon, son, husband and father born March 22, 1975, was a Kansas City native, who knew many cities as home. He settled down and called Franklin Tennessee his favorite, where he passed away June 5, 2021. Thomas known to all as “Tommy” leaves behind his three children, Elton Ashley, Lauren Nicole, and Chase Thomas, his parents Tom and Muffet Harmon, sister Muffet Eskra and, his high school sweetheart and former wife Vicki Garrett Harmon.
Tommy was well known in the music and radio industry as “Tommy Garrett.” He started off in a small-town radio station while at Washburn University and, quickly progressed into the man who was well known and loved in large radio stations along the east coast of the United States. Tommy attended Blue Valley High School in Overland Park Kansas, where he found his passion of theater and broadcasting. Continuing with this passion in college, he was involved in musicals, and plays (many in which he had leads.) Throughout his illustrious career, he appeared in the movie Truman and the TV show Nashville, also he had a weekly TV show called Country Music update. His first job as a country western DJ started at PIKN Country in the Florida Keys. Then he joined “Gator Country” in Ft Myers as a co-host for the morning drive show. His last DJ job was as the afternoon drive time host, plus Music Director and Program Director at Greenville-New Bern- Jacksonville North Carolinas WRNS from 2004-2015. This is where he changed his on- air name to “Tommy Garrett.” He was well known for his ability to stage and present country music concerts with the largest names in the industry, such as Jason Aldean, Carrie Underwood, Taylor Swift, Little Big Town, Luke Bryan, Brett Eldridge and many others.
Tommy expanded his professional career moving to Nashville where he had a publishing contract with Blue Guitar music and affiliated with M-Pact music group and M-Pact voice productions. Tommy has written many country songs, two of his songs were on the top 100 at the same time. He recorded songs with The Lost Trailers and David Kroll, plus working with several demo artists. His wife Vicki also performed with him in concerts.
Tommy leaves behind characteristics of a man who was truly one of a kind. He was an avid football fan and coach, who loved to attend games along side his family. He attended many championship games in all sports. He was always the loudest, most memorable presence at the games or in a room. Tommy, made the most of his 46 years of life, doing more than most do in their lifetime. He grew up playing sports, riding horses, and carried his love of outdoor life into adulthood, where he loved flying his plane, riding a bull, coaching his children, boating, golfing at Westhaven country club and entertaining others. He never turned down any challenge life gave him, like he always said with his special smile “I’m looking for sunshine!”
One of his greatest talents was helping others to succeed in life. Through the support of his family, he became an active church member, participating in bible studies, teaching Sunday school and religious education for his children. His love of Jesus and faith in God along with his family helped him through hard times. Tommy dedicated many years in supporting the St. Jude Children’s Research Hospital radio telethons where his station raised thousands of dollars. There was never a dull moment with Tommy, leaving behind memories of laughter, joy, music, and love.
A celebration of life will be held 11:00AM Saturday, June 26, 2021 with visitation one hour prior to the service at Williamson Memorial Funeral Home. In lieu of flowers, please donate to St. Jude Children’s Research Hospital. There will also be a celebration of life in Kansas City, MO on July 14, 2021. WILLIAMSON MEMORIAL FUNERAL HOME & CREMATION SERVICES, 615-794-2289. www.williamsonmemorial.com