In Memory of
Larry M.
Cognata
1933 - 2021
Click above to light a memorial candle.
Memorial Candle Tribute From
Williamson Memorial Funeral Home and Cremation Services
"We are honored to provide this Book of Memories to the family."
View full message >>>
Send Flowers
Plant a Tree In Memory of Your Loved One
Click Here
Menu 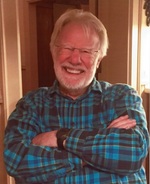 Larry was born in Cleveland, Ohio to Stella and Carmelo Cognata on October 17, 1933. He went to school at South High. Larry married Martha (‘Marty’) on December 21, 1957 in Cleveland, Ohio. He graduated with a Bachelor of Arts from the Cleveland Institute of Art. He worked as an industrial designer for Murray of Ohio Manufacturing, and worked his way up to the Vice President of Design at Murray prior to retiring. He was also was an accomplished and well recognized silver and goldsmith. He served in the Army as a radio repairman in the post-WWII rebuilding effort in Europe. He was involved in Boy Scouts as a troop leader, and also taught silver and goldsmithing at Peabody College.

Larry is preceded in death by Carmelo and Stella Cognata, and his brother Carl.

No memorial services are yet planned, but may be arranged at a future time. Arrangements are by Williamson Memorial, Franklin Tennessee.

Memorials may be given to Williamson Memorial, Franklin, Tennessee.
The family of Larry Cognata wishes to extend our sincere thanks to Williamson County Medical Center, our neighbors that have helped us through this time, and the people of Gateway Church of Franklin which have been so supportive.